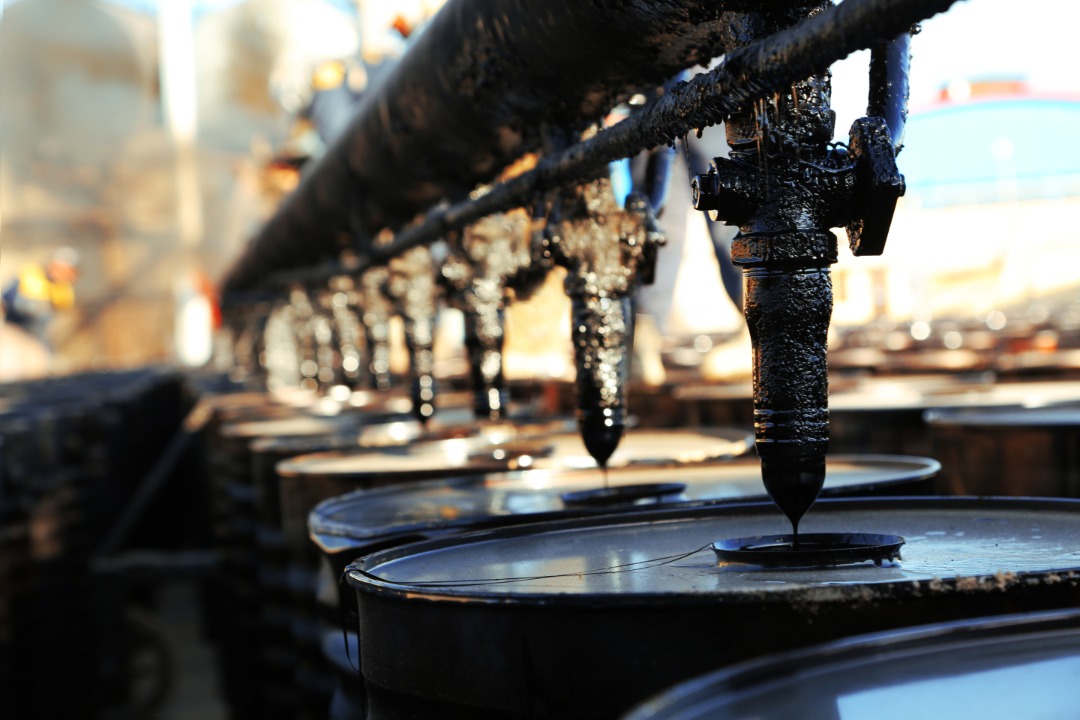 Bitumen is a black or dark-colored (solid, semi-solid, viscous), amorphous, cementitious material that can be found in different forms, such us rock asphalt, natural bitumen, tar and bitumen derived from oil, which is referred to as petroleum bitumen. In order to understand how bitumen is formed in nature, we need to go back to more than 360 million years ago. Fossil fuels formed during the Carboniferous period, when giant swamp forests dominated many parts of the Earth. Many microscopic organisms lived, died, and decayed in these forests and formed the basis for the production of coal deposits. With the accumulation of sediment layers and their gradual transformation under heat and pressure over many years, great bituminous coalfields created.

These ancient deposits are now the source of natural bitumen in various countries, including Canada, Venezuela, and Oman. Known also as oil sands, the deposits are now a mixture of sand, clay, and water, saturated with a dense and extremely viscous bitumen.

Today the world’s demand for bitumen accounts for more than 100 million tons per year which is approximately 700 million barrels of bitumen consumed annually.Petroleum bitumen is typically referred to as bitumen or asphalt. In Europe for instance bitumen means the liquid binder. In North America, on the other hand the liquid binder is referred to as asphalt, or asphalt cement. Origin In general the term “bituminous materials” is used to denote substances in which bitumen is present or from which it can be derived. Bituminous substances comprise of primarily bitumens and tars.

Crumbled bitumen existed in rock asphalt and softer, more viscous material which is present in tar sands and asphalt ‘lakes’. Another way in which bitumen can be obtained is through petroleum processing in this manner the bitumen is essentially the residue yielded through a distillation process of petroleum. Although bitumen can be found in natural form, the world currently relies for all purposes on petroleum. Tars on the other hand do occur in nature. Tars derive as condensates from the processing of coal (at very high temperatures), petroleum, oil-shale, wood or other organic materials. Pitch is produced when a tar is partially distilled so that the volatile components have evaporated.Often coal tar is confused with bitumen however they are two entirely chemically different products and should not be mistaken. 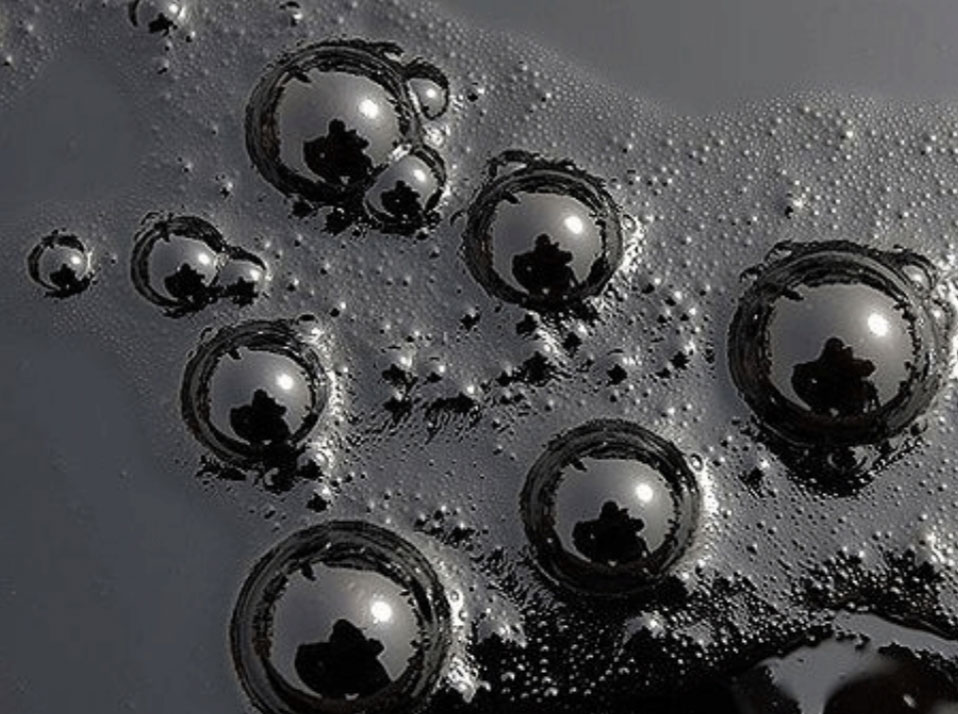 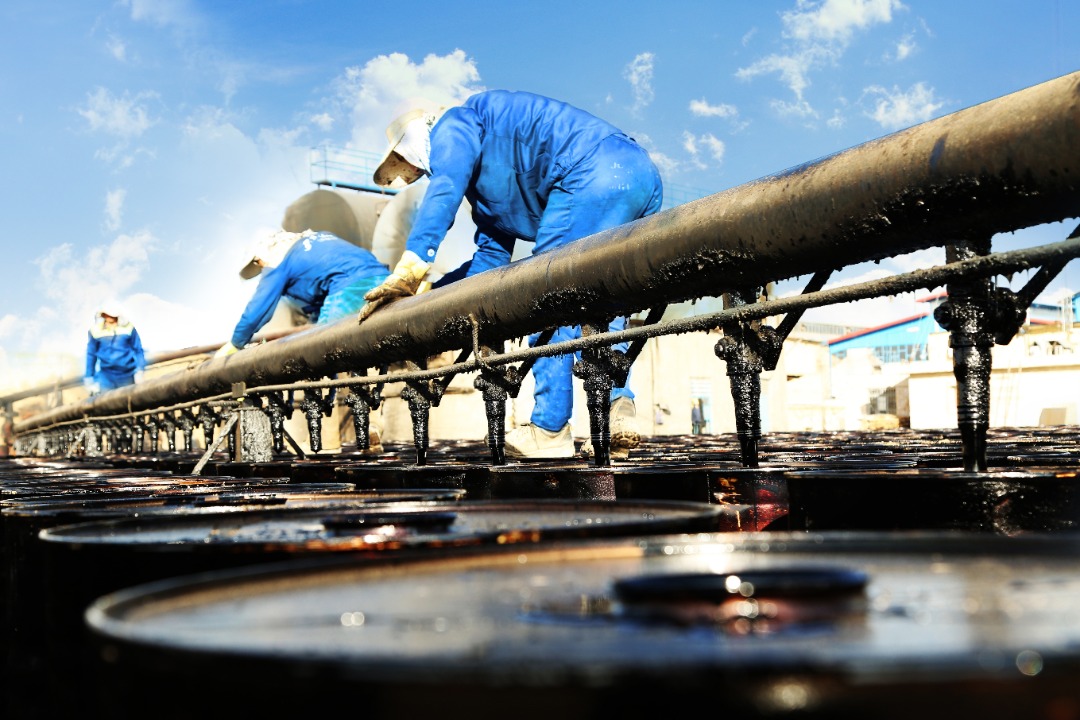 How Bitumen is produced?

Bitumen is produced by the distillation of crude oil, or simply found in nature. Bitumen is a petroleum-based material, used for binding stones and sands and producing asphalt for road construction. In the normal process of an oil refinery, crude oil is heated in an atmospheric distillation column. This will lead to the separation of various parts of crude oil according to their molecular weight. The heaviest part of the oil that remains at the bottom of the distillation column, is called Vacuum Bottom and forms the raw material for producing refined bitumen.

Based on the source, bitumen’s physical properties such as consistency, stiffness, viscosity, adhesion, and durability may differ. Therefore, it is crucial to becoming more familiar with bitumen’s occurrence in nature and bitumen as a byproduct of crude oil.

Bitumen is an adhesive material composed of complex hydrocarbons. This high viscose material contains elements such as calcium, iron, sulfur, and oxygen. Bitumen has a remarkable ability to change with temperature variations. At lower temperatures, this material is rigid and brittle, at room temperature, it is flexible, at higher temperatures bitumen flows.

Bitumen was first used for adhering woods to stone tools some 40,000 years ago (by Middle Paleolithic Neanderthals). Afterward, bitumen was used as an adhesive material in a wide variety of applications.

Bitumen has also a unique density and viscosity in comparison to other byproducts of crude oil. Due to the presence of large hydrocarbon molecules known as asphaltenes and resins, which are present in lighter oils but are highly concentrated in bitumen, bitumen has become useful material in binding stones and sands for road construction. 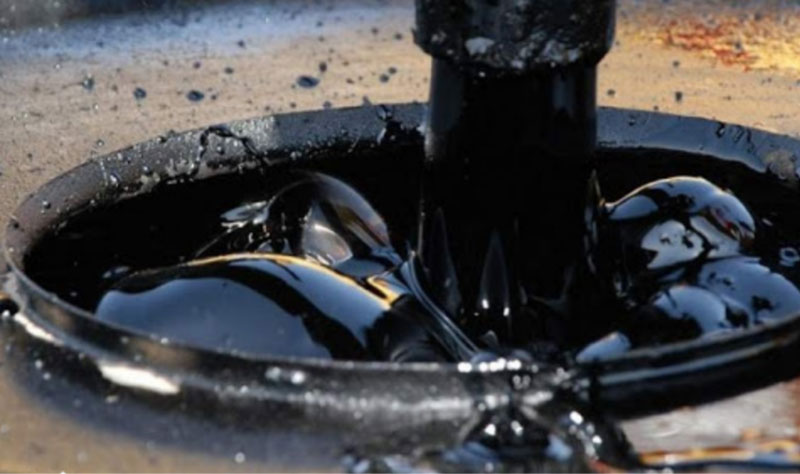 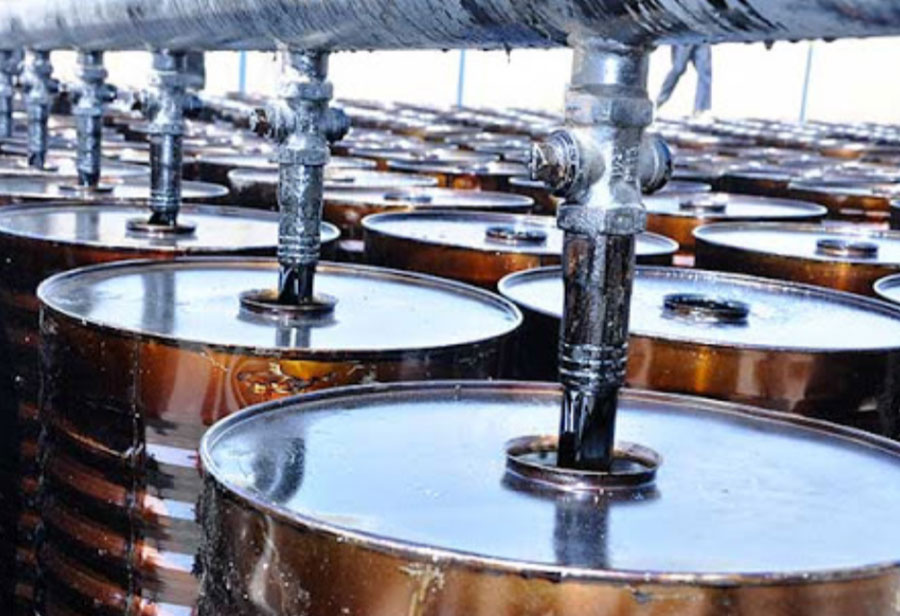 Although large natural reservoirs of bitumen exist in many parts of the world, most of the bitumen produced in the world is derived from crude oil. Natural bitumen extraction is more complicated than refining bitumen, therefore it will cost the producers more. It is also interesting to know that natural bitumen contains up to 5% sulfur, heavy metals, and other impurities that must be refined.

For processing vacuum bottom and producing bitumen, we transfer it to another refinery. There, we use various methods of processing VB, including blowing, blending, mixing vacuum bottom with water or solvents, and modifying it with polymers, so that we can provide the bitumen market with various types and grades of bitumen.

The process of separating bitumen from crude oil begins in the atmospheric distillation column, followed by a heating process in which the crude oil evaporates. The vapor flies cools and becomes liquid again. Distillation trays in the column will enhance the process of liquid separation according to the molecular weight. The heaviest part of the oil that remains at the bottom of the distillation column, is called Vacuum Bottom, and form the raw material for producing refined bitumen. Properties and quality of bitumen depend mainly on the crude oil used in its manufacturing process.

Bitumen can be further processed by blowing air through it at elevated temperatures. For this the Vacuum Bottom is transferred to the vacuum distillation column, to go through a blowing process. A mild degree of air-blowing is commonly used to make a minor adjustments to the physical properties of the vacuum bottom, such as decreasing the penetration of the bitumen. In this stage, various types of bitumen which have more asphaltene and molecular weight, with higher penetration value are produced. For various types of bitumen visit here.

Production of Bitumen by refining crude oil is highly economical. In the distillation process of crude oil, which is essential for producing petrol, diesel, high octane fuels, and gasoline, bitumen is left behind and can be used easily after processing. 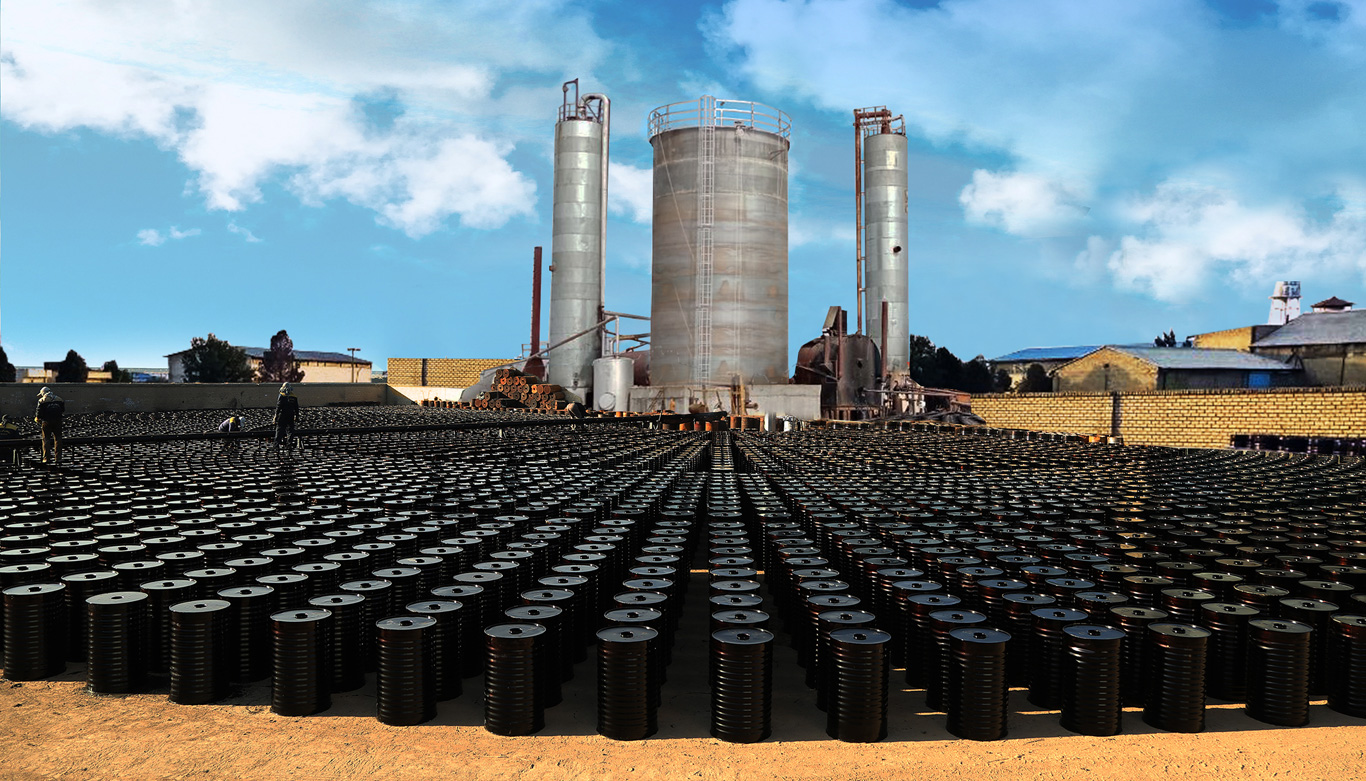 What is the difference between bitumen, tar, and asphalt?

Bitumen, asphalt, and tar have many similarities. Therefore, some people use them interchangeably. However, these three materials are completely different from each other.

The main difference between bitumen and tar lies in the fact that each material is derived from various sources.

Tar is a dark brown or black viscous liquid of hydrocarbons and free carbon, obtained from a wide variety of organic materials through destructive distillation. Tar can be produced from coal, wood, petroleum, or peat.

bitumen is a sticky, black, and highly viscous liquid or semi-solid form of petroleum. It may be found in natural deposits or may be a refined product.Bitumen is distilled from crude oil, but tar is produced from coal or wood.

Bitumen is a viscous fluid at medium to high temperatures and a brittle solid at low temperatures. Its consistency is quantified as viscosity and as stiffness, which is defined as applied stress divided by corresponding strain, for these temperature regions, respectively. The relationship between consistency and temperature is a very important one, since the use of bitumen requires it to be in a fluid state for mixing with mineral aggregate and a somewhat stiffer state for compaction by roller to form a road layer and to act as a solid for its in-service role at ambient temperatures.

Bitumen is a viscoelastic material, the properties of which are influenced not only by temperature but also by rate of loading.

The bitumen can be classified into the following grade types: